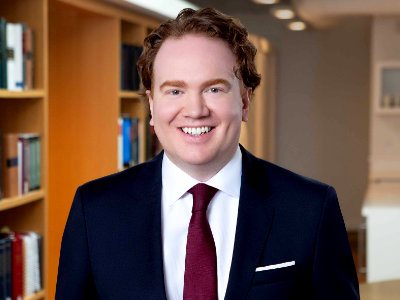 Dan is a litigator with over 15 years of experience in complex trial advocacy and strategy. He maintains a practice which focuses on commercial litigation and includes white collar defence and investigations.

Prior to becoming a partner at the firm, Dan practised as a barrister in England & Wales for 12 years, following which he joined the litigation group of one of Canada’s leading national firms in 2019.

In Canada, Dan has acted in commercial litigation matters, including international arbitrations, on behalf of some of Canada’s major corporations and financial institutions. Dan has consolidated his strategic and advocacy skills in navigating sensitive litigation and investigations for organizations, corporations, and private individuals dealing with business disruption, governmental and regulatory intervention, and reputational risk. In addition, Dan has acted as a trusted advisor in matters involving complex and cross-border investigations, anti-corruption, anti-money laundering, and white-collar defence, enforcement and compliance.

During his time at the UK Bar, Dan represented clients before all levels of court and various administrative and disciplinary tribunals. He gained extensive experience in commercial and civil litigation. In recognition of his skills and experience, Dan was appointed to the selective Attorney General’s Panels of Counsel in civil and regulatory law. As part of his work for the Attorney General, Dan acted for government departments and agencies in sensitive, high-profile matters. Dan also appeared as counsel in numerous complex white collar and regulatory jury trials. Dan’s experience in white collar investigations was reflected by his appointment to the UK Serious Fraud Office Panel of Counsel.

Dan received his LLB (Hons) with Merit from the University of Nottingham in 2004. Whilst at law school, Dan was awarded an overseas scholarship at the National University of Singapore. After being called to the Bar of England & Wales in 2005, Dan received his LLM in International Business Law with Distinction from the University of Manchester in 2007. He then completed his pupillage/articles at a commercial set of chambers in Inner Temple, London in 2008. Dan was called to the Ontario Bar in 2020.

Awards & Recognition
During his career in the UK, Dan was consistently recognised as a leading barrister by the Legal 500 UK and Chambers & Partners UK Bar.